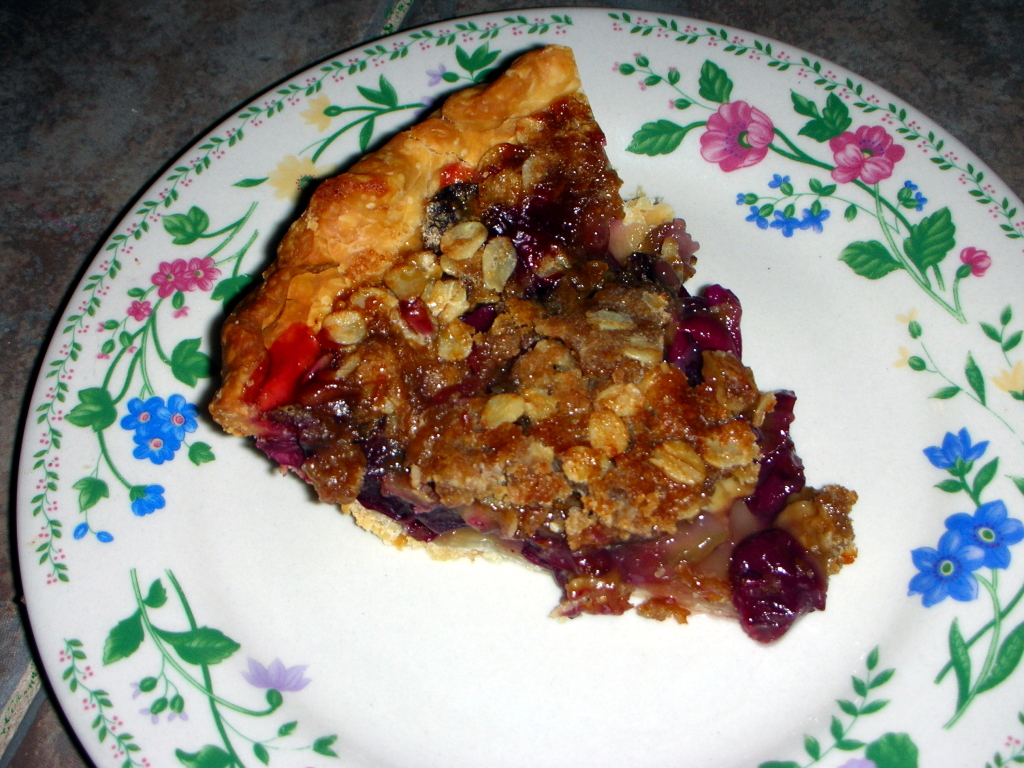 It took me FOREVER to make this pie! I think I first mentioned it on Facebook three weeks ago when one of my readers shared the link to a recipe to help me use up all the Concord grapes from my grapevine. Well, I still have TONS of grapes and I'm just hoping they, and all my tomatoes, don't go bad before I get a chance to use them or freeze them. How did I get so busy this summer?!

This is the link to the recipe I used: http://foodandspice.blogspot.com/2007/09/concord-grape-pie.html

I didn't make the crust, however. I just used a Pillsbury Pie Crust I had frozen, if you do that just make sure to give yourself about an hour and a half to thaw the crust on your counter. But you can get that done while you're squeezing the peels off the grapes. That took longer than I thought it would. By the time I was done with that I had to get my daughter from her grandmother's next door and get her ready for bed. Then while she was reading stories with her dad, I cut up a mango for her godmother Chelsea to try (the one on the PKU diet, if you're a regular follower) and sliced my finger in the process! Not bad, just needed a Band Aid, but then Chelsea broke a glass in the kitchen and had to sweep and wipe up the floor and then I still had to get my daughter in bed. By the time she was in bed I went out on my porch and had a beer and stayed there all night! So, I put everything in the refrigerator until the next day.

Putting it together it looked nothing like the nice picture on the post I linked to, so I was a bit worried. While the liquid from the grapes look purple in her picture, my liquid was green. Were my grapes not ripe enough? They had to be, they are dark purple. Most of them, anyway. No need to worry though, after it baked it looked great!

I didn't let it cool completely before cutting a slice out to try, and it is very good but I did notice a bit of a sour taste from some of the grape skins. Some parts seemed more sweet than others, not sure if that was from my not mixing the filling well enough ( I thought I did) or some of the grapes being riper than others. I did have the idea that maybe if I boiled the skins in just a bit of water with a tablespoon or two of sugar maybe that would help. I think I'll try it next time.

Have you ever tried grape pie?