We planted three eggplant plants this spring. I love eggplant Parmesan, and I must say I make a really good one, but it takes a while to make and as most of you already know, I haven't had much time to cook this summer. I was looking for something different, so I asked on a cooking group I belong to on Facebook called RecFoodCooking for different ideas. One of the ideas that appealed to me was for an Eggplant Caponata, but I needed to change a few things for it to make it PKU-friendly, so I made this vegan eggplant dinner in tomato sauce.

I should explain this whole PKU-friendly thing. My daughter's godmother ( one of the girls with PKU) is living with us now, at least temporarily. You can find my post describing their diet here if you haven't already seen it or heard me talk about it. If you really don't care to read it (which I really suggest that you do) right now, the best I can easily explain it is their diet is STRICT vegan, but there is A LOT more to it.

Ok, back to the eggplant. The Caponata recipe suggested to me called for capers, which I would not be able to use. It was also to be served cold, but I was looking for a hot meal to serve the girls. So, I adapted it into this vegan eggplant dinner instead. 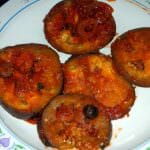 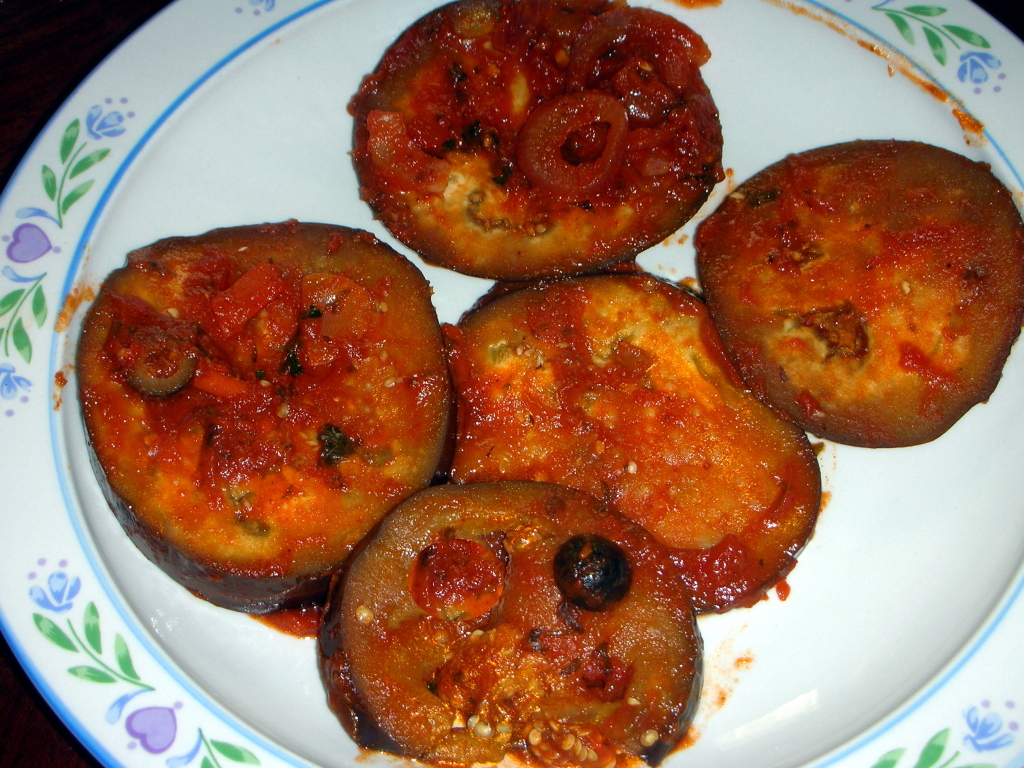 Can I just take a minute to explain why I named this My Crazy Kitchen? In the middle of writing this post I had to stop and get my daughter from her grandmother's next door. Then she needed her pajamas and chocolate milk that I allow her every night ( I know, I'm an awesome mom!). While I was trying to get the chocolate milk for her I was talking with her godmother about how she didn't want to load the dishwasher, she would do anything else, sweep and mop the floor, put laundry away, garbage, she doesn't care. At which point I promptly dropped a bottle of lime juice out of the refrigerator and all over the floor. So, yeah, she got her way, she's doing the floor instead. Only not yet, she's driving me nuts because she wants to go on Facebook on my laptop and I'm on it!

This recipe is now featured on www.foodiefriendsfriday.com