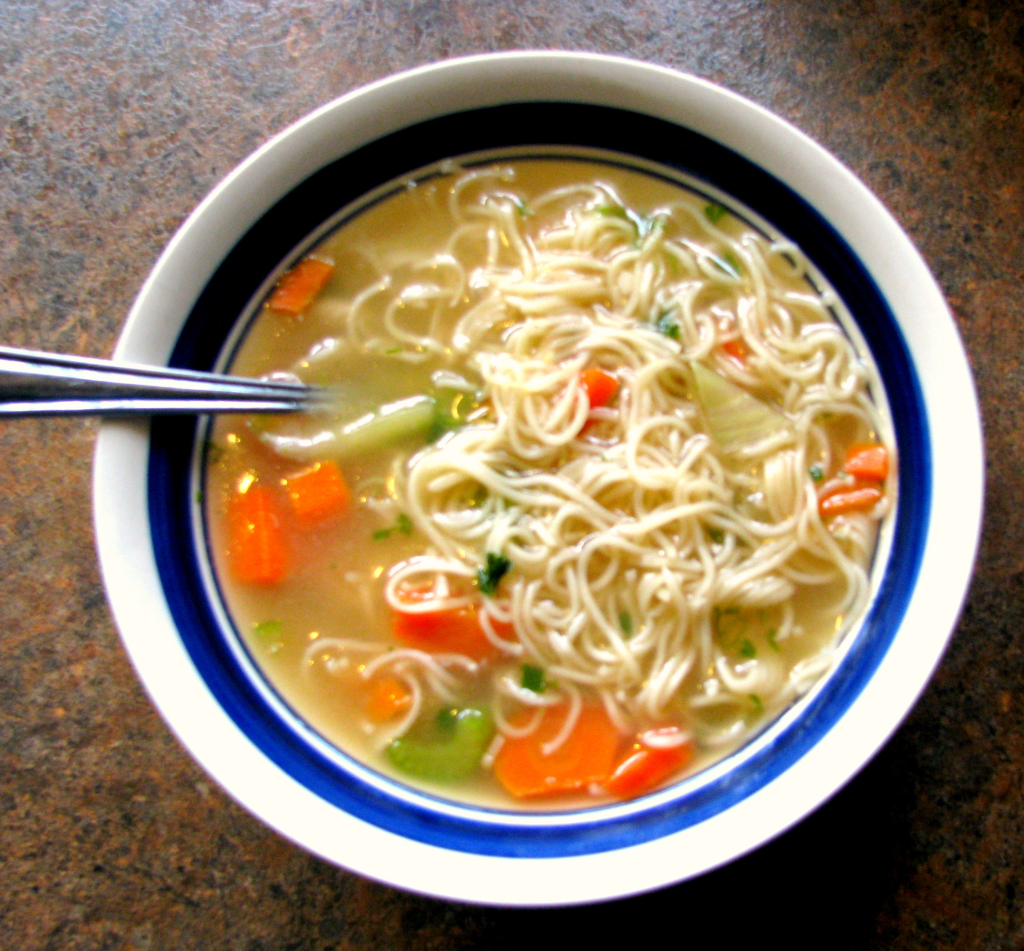 This hasn’t been the best week. My mother-in-law got the flu or some kind of bronchitis, and she’s one of those types that refuses to go to the doctor so she just got worse and worse, until my husband convinced her to go to urgent care. Once there they suggested she go to the ER, where she was finally admitted for dehydration and low oxygen levels. Come to find out that not only hadn’t she been eating, the only thing she was drinking for days was diet soda! Diet soda has no nutritional value whatsoever, at the hospital they have told her WATER, juice, Gatorade, even regular soda if she must. She’s still there, but getting better.

Before she ended up in the hospital, I caught the same flu or something. I had a fever for a day, sore throat, my ears hurt, and it’s since turned into a cough. The day I had the fever I decided to make homemade ramen noodle soup. I just happened to have the ingredients on hand, and since the only chicken I had was a whole frozen chicken, regular chicken noodle soup wasn’t happening. I needed something like it, though. I wouldn’t have been able to eat anything else I had available, or feel good enough to make it

Keep in mind I was sick and didn’t exactly measure everything, but I’m sure what I remember will be good 🙂 Also keep in mind I wanted this done as quick as possible. 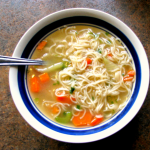 Ok, it’s not the fanciest, best soup I ever made, but when you’re not feeling good and still need to make dinner, this was pretty good! My husband liked it, and even my daughter who doesn’t eat much ever loves long noodles, so she liked it!

I linked this recipe to http://hunwhatsfordinner.blogspot.ca/2013/03/simple-supper-tuesday-9.html