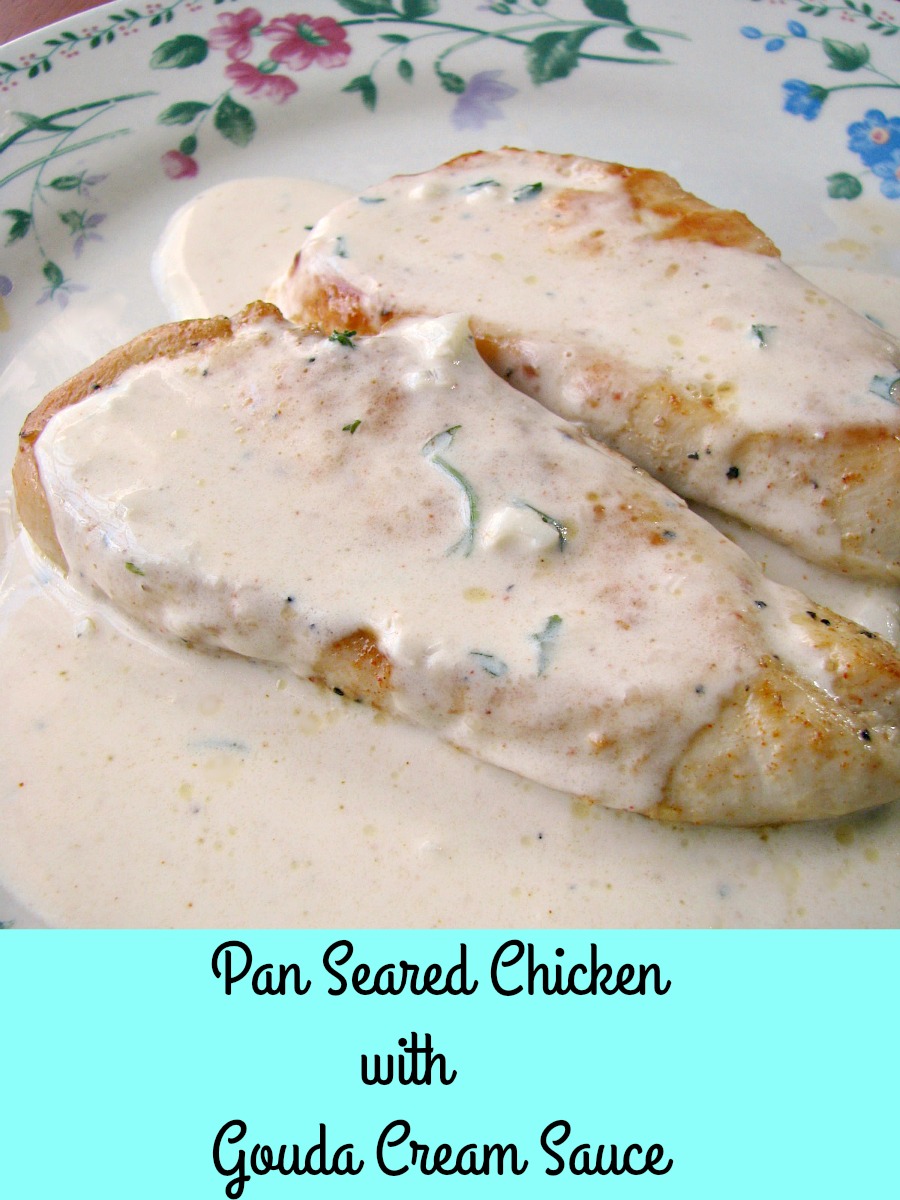 I don't normally like chicken breasts baked in the oven, I think they are too dry for the most part, although there are a few exceptions that I'm sure I'll share with you someday. This time I decided to sear the chicken, cut into large strips, in my cast iron skillet after marinating briefly in a simple marinade of olive oil, salt, pepper, and paprika.  The sauce is made in a separate pot and comes together quickly. The cooking part of the whole recipe is fairly quick, so if your looking for a weeknight dinner idea, cut up the chicken and put in in the marinade the night before! I admit I should have marinated mine longer, it would have made the chicken even more moist, but if your in a hurry like I was ( when am I not?) ½ hour will work just fine. 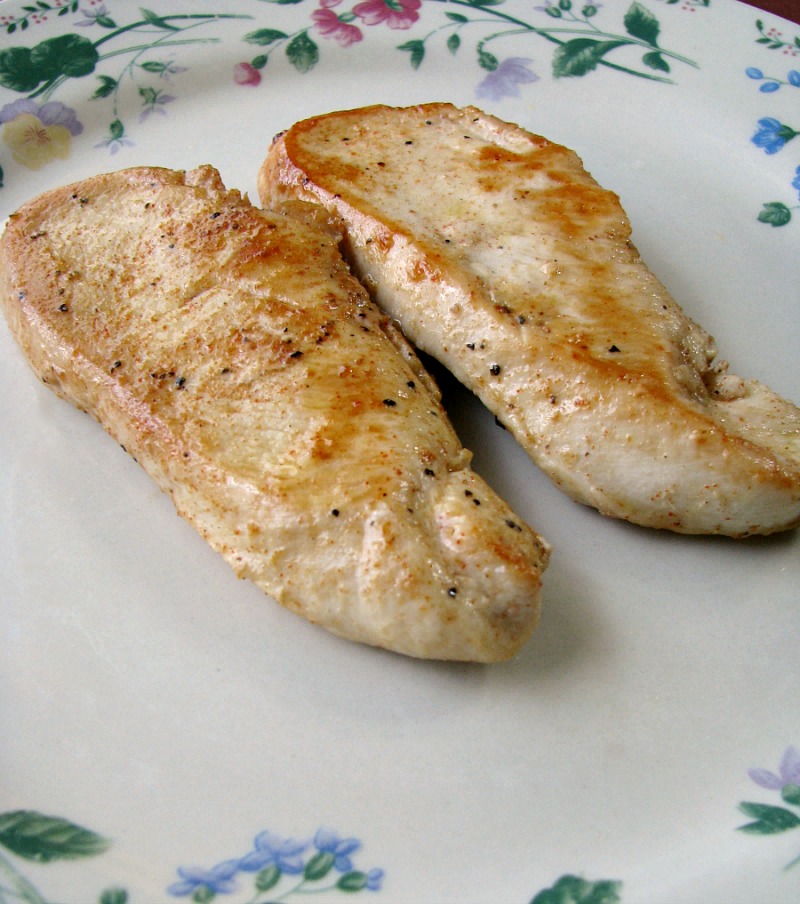 This Pan Seared Chicken with Gouda Cream Sauce is really good. I'm not just saying that because it's my recipe and I want you to like it, it is really good! I've made it many times since I originally shared the recipe in 2014 and I finally got around to updating the photos. Here is the old photo: My husband loved this Pan Seared Chicken with Gouda Cream Sauce, and even my picky 4 year old ate some of it. The sauce does thicken up a bit after it sits, so if you're looking for a thinner sauce, add an additional ½ cup half and half. I served it over rice, but you could use egg noodles, or just the chicken itself, whatever you prefer. 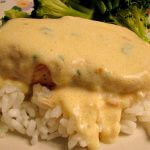