Flavorful homemade Roasted Chicken Broth, lower in sodium than store-bought. Made with freshly roasted bones, carrots, celery, onions, garlic, and fresh herbs, homemade broth is easy to make and great to freeze for use anytime! I've been making homemade chicken broth for many years now. I used to call it "stock" but I have since discovered that because I make it with the chicken meat and not just the bones it is considered broth. Broth is also normally seasoned with salt, and stock is not. Stock is more of a base to be used in another recipe, which would then be seasoned. Broth is more of a finished product, because of the use of the meat giving it a richer flavor. I guess technically the way I made it this time is more of a stock than the other way I make it...Ok, I'm obsessing. For the most part you can use either interchangeably. Either way, homemade is much better than store-bought, and much less salty! In fact, I don't add salt at all, I think it's flavorful enough without it. 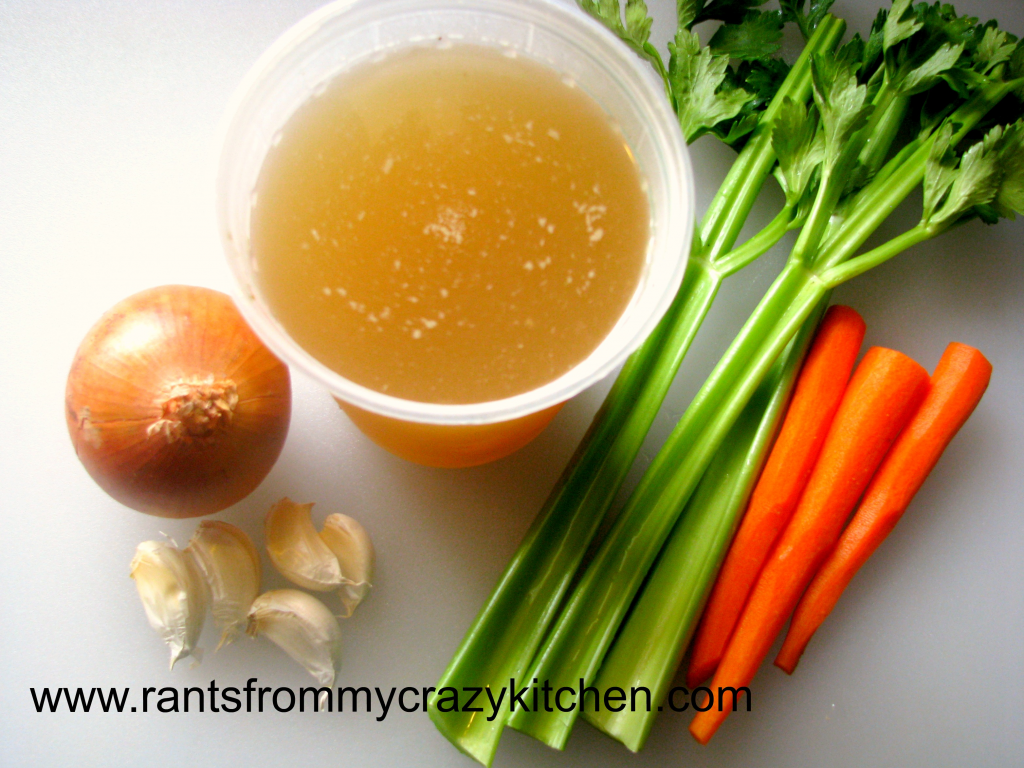 I'm updating this post a few years after it was first published. Back then, this was the first time I ever made roasted chicken broth, I've done it this way ever since. Before that I would just simmer the chicken with the carrots, celery, etc, but I found out many years ago that my turkey broth is MUCH better roasted, so I wanted to try it with chicken. I made a roasted chicken a few days before, so I had the bones right on hand, but you can also freeze a carcass with some leftover chicken meat in a freezer bag to make into Roasted Chicken Broth at a later time. 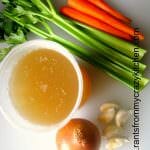 Nutritional information is an estimate and will vary with each batch.