This month I signed up for a new fun project, the Crazy Ingredient Challenge started by Hungry Little Girl. Each month she will pick two ingredients that don’t normally go together and us bloggers will come up with a recipe using those ingredients. Hopefully it’s good every time!

This month the challenge was Cauliflower and Chocolate. I’ve seen cauliflower used in cakes before, and I found recipes for roasted cauliflower dusted with cocoa powder, but I wanted to do something different. That’s when it occurred to me…..DUH! Cauliflower, chocolate, and bacon!! 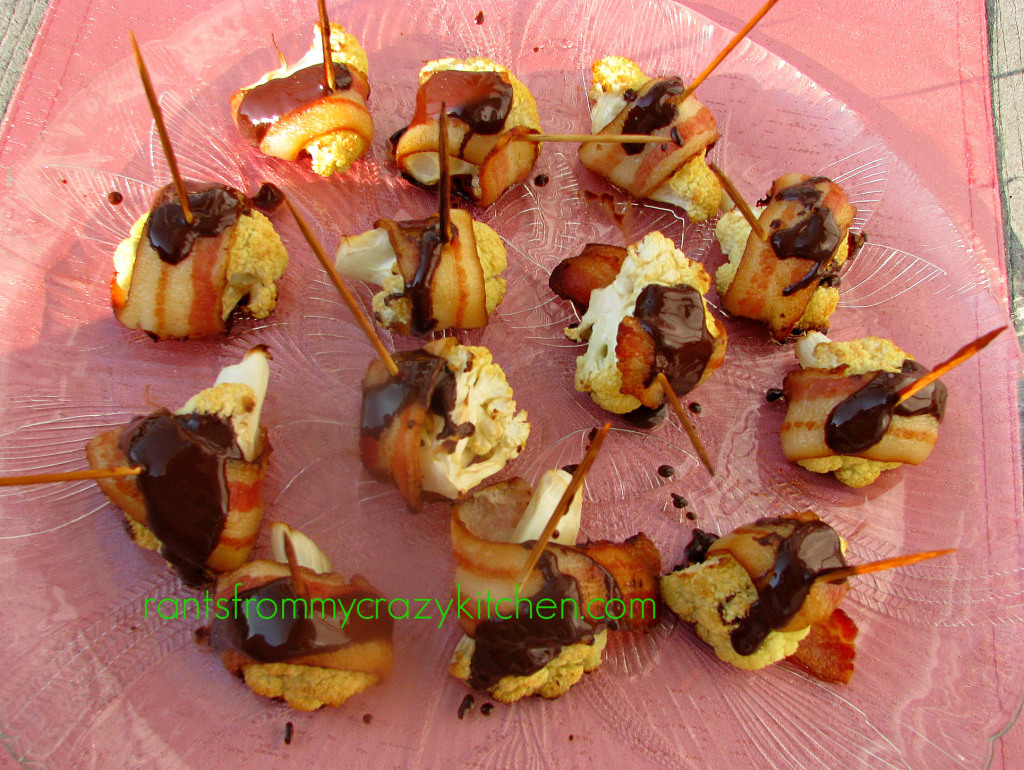 Half of a 3/4 pound package of bacon, sliced in half

Preheat oven to 375*F. Cut the cauliflower into large florets. Wrap each floret with half a slice of bacon and secure with a toothpick or skewer. Bake in the preheated oven for 30 minutes, or until the bacon is crisp.

A few minutes before the cauliflower is done baking, melt the dark chocolate ( I didn’t measure how much, because I was using it for both recipes) either in a double boiler or in the microwave. If melting in the microwave, stop it and stir every 30 seconds until fully melted.

Remove bacon wrapped cauliflower from the oven, and  drizzle the melted chocolate carefully over each piece. Serve immediately.

These would make a great appetizer for a party, or even a side dish for a special dinner. 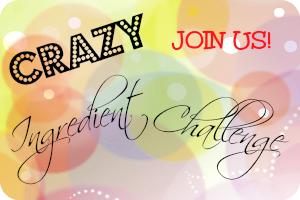 Plus, check out all of the great recipes everyone made on Hungry Little Girl!