Made with a mixture of crumbled cornbread and day-old white bread with toasted chopped pecans and walnuts, this Cornbread Pecan Walnut Stuffing is perfect for Thanksgiving! 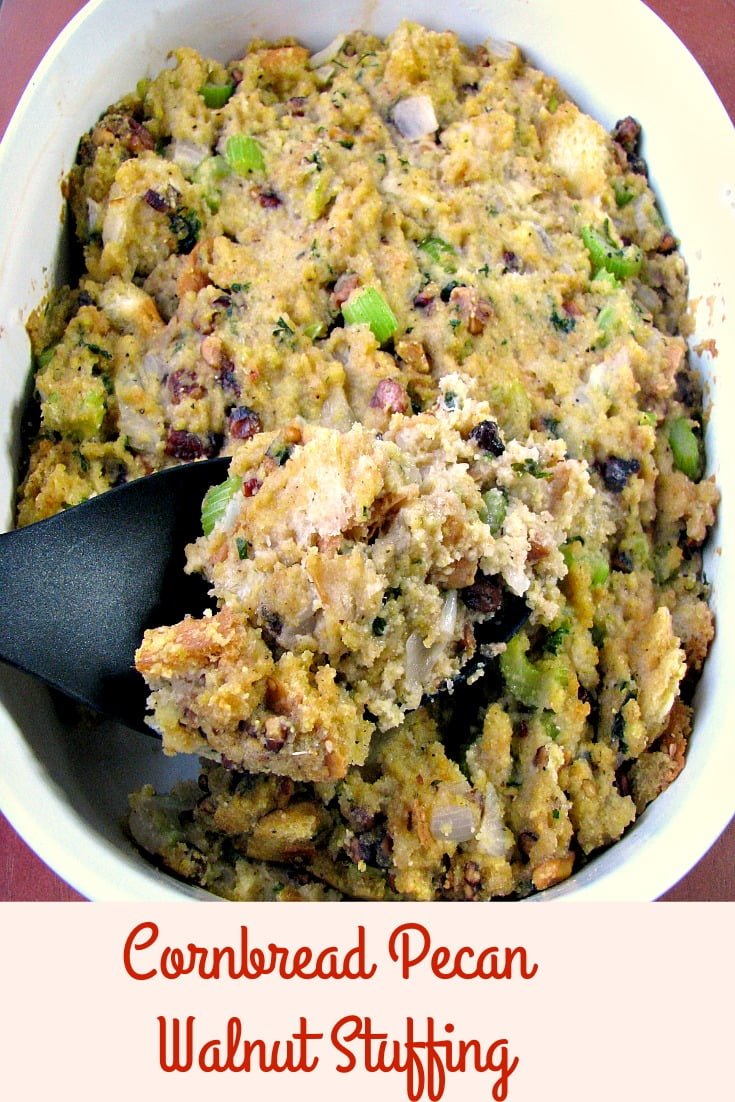 I've been hosting holiday dinners for many years, since long before I knew how to cook like I do now. I can remember my mother asking me if I remembered to remove the packet with the giblets and liver from the turkey before I cooked it. Yes, I did. 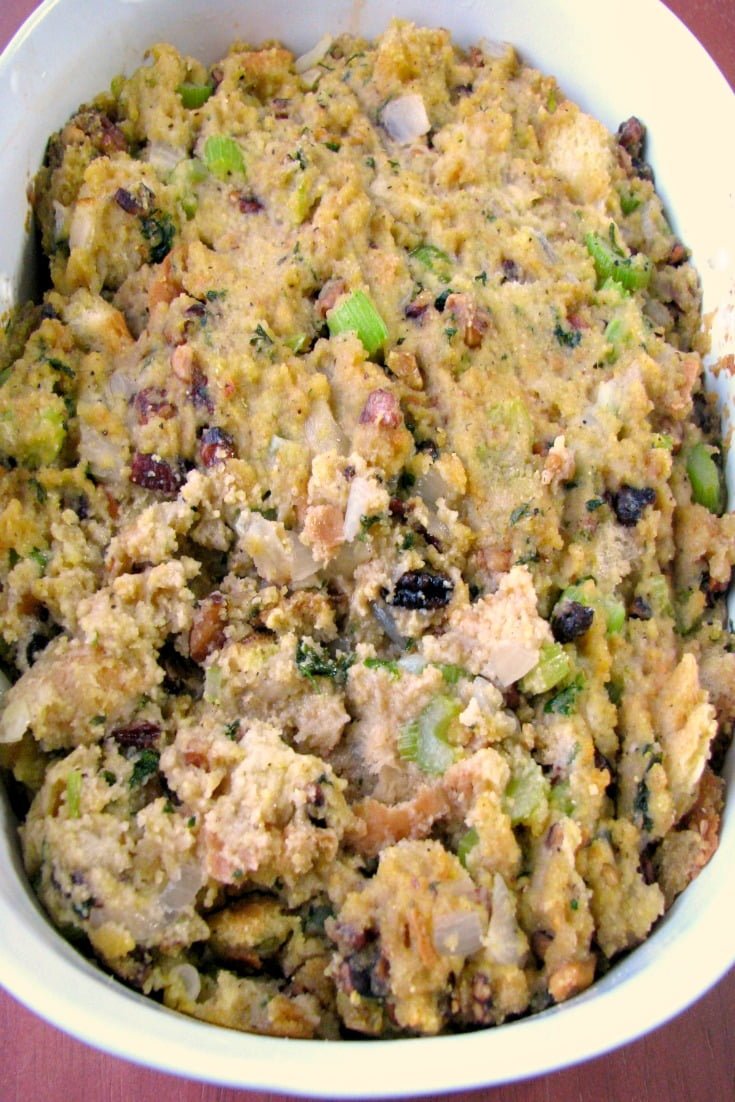 Cornbread Pecan Walnut Stuffing was the first stuffing I ever made from scratch. Technically, it's cornbread-pecan stuffing from The Family Circle Cookbook New Tastes for New Times. I followed the recipe exactly for years, minus the fact that the original recipe called for it to be in a stuffed turkey breast since I prefer not to stuff my turkey, and just recently changed it to suit my tastes.

The addition of walnuts came simply because I didn't have enough pecans one time, and I changed the broth used from chicken to turkey stock and increased the amount used.

I use store bought cornbread mix that I bake and crumble right before making the stuffing. One thing to keep in mind is cornbread can vary in the amount of sugar, and if you use a sweet one the stuffing will be sweeter. That is completely your choice. I used Jiffy brand cornbread mix many times. You could also just purchase a bakery cornbread. 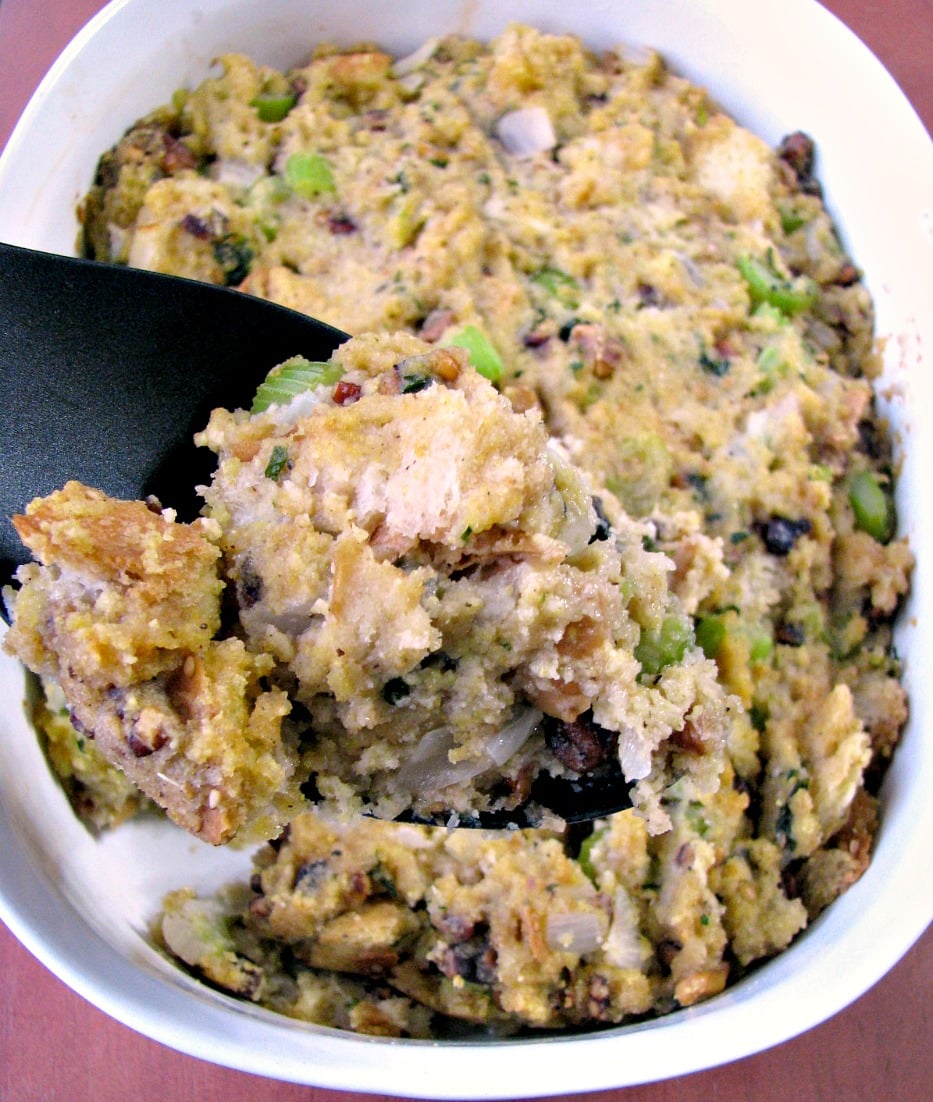 If you don't want nuts in your stuffing, or you need to save room in your oven, try Slow Cooker Stuffing with Bacon, Onions, and Sage instead. Serve either with Slow Cooker Turkey Breast With Gravy or Perfect Roast Chicken (or Turkey). 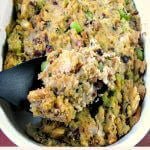