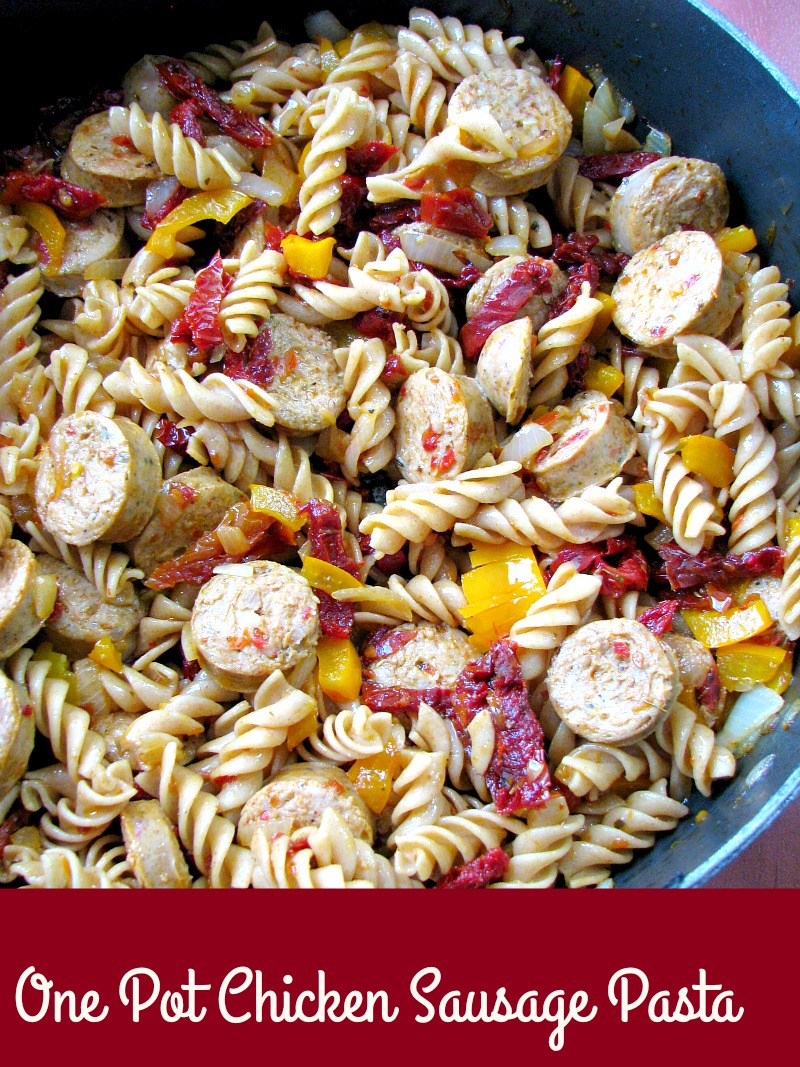 This summer is different than other summers since I started blogging. Usually I end up not doing much recipe development or writing because I don't have the time. I can't cook and watch my daughter in the pool at the same time. Well, she's going into 3rd grade now, and she decided she wanted to go to a summer school program this year. SHE WANTS TO GO TO SCHOOL IN THE SUMMER. I DON'T KNOW WHAT'S WRONG WITH HER. She had one week off last week, and will be in the summer program until the beginning of August. That means more recipes for you! 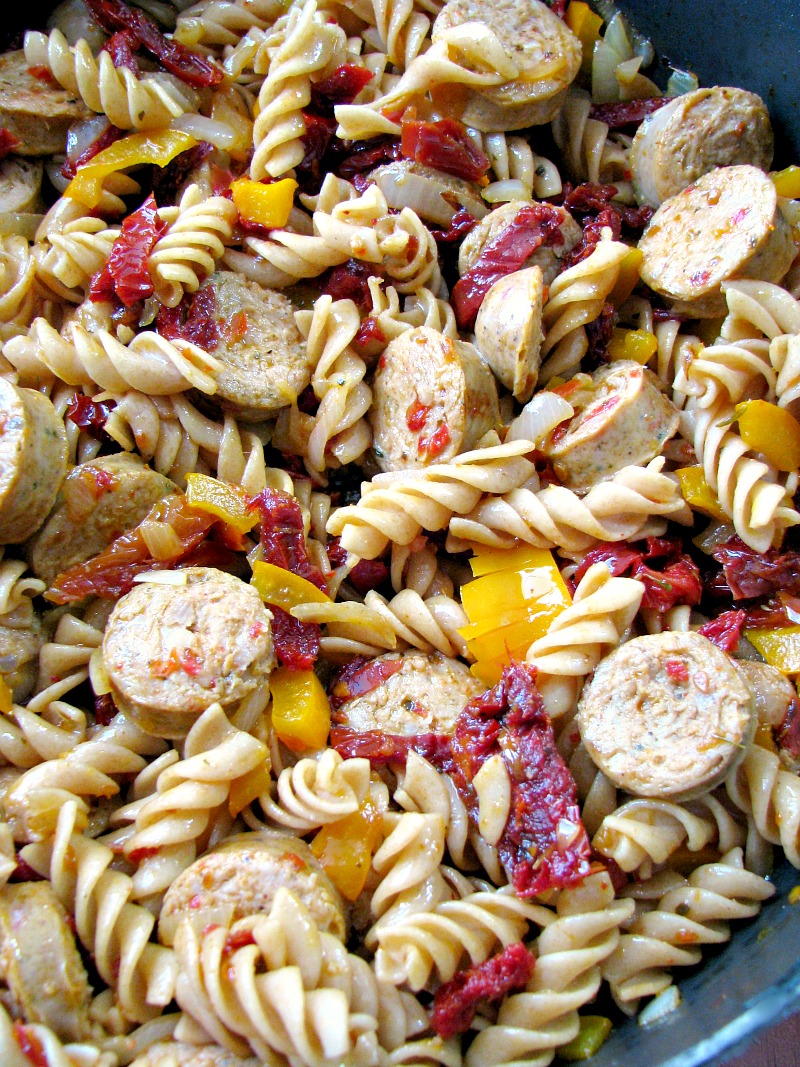 Just because I can cook doesn't mean I want to heat up my kitchen and make my central air run for hours, so this One Pot Chicken Sausage Pasta is perfect for hot days. We haven't had a ton of hot days yet, but I know other places have.  Although I don't have a ton of summer dinner recipes, I will share a few of my favorites. One Pot Turkey Cheeseburger Helper is a healthier alternative than the store bought variety, and my picky eater loved it! Slow Cooker Pork Carnitas are a delicious alternative to a regular taco night where you don't even have to turn on the oven to heat up taco shells. 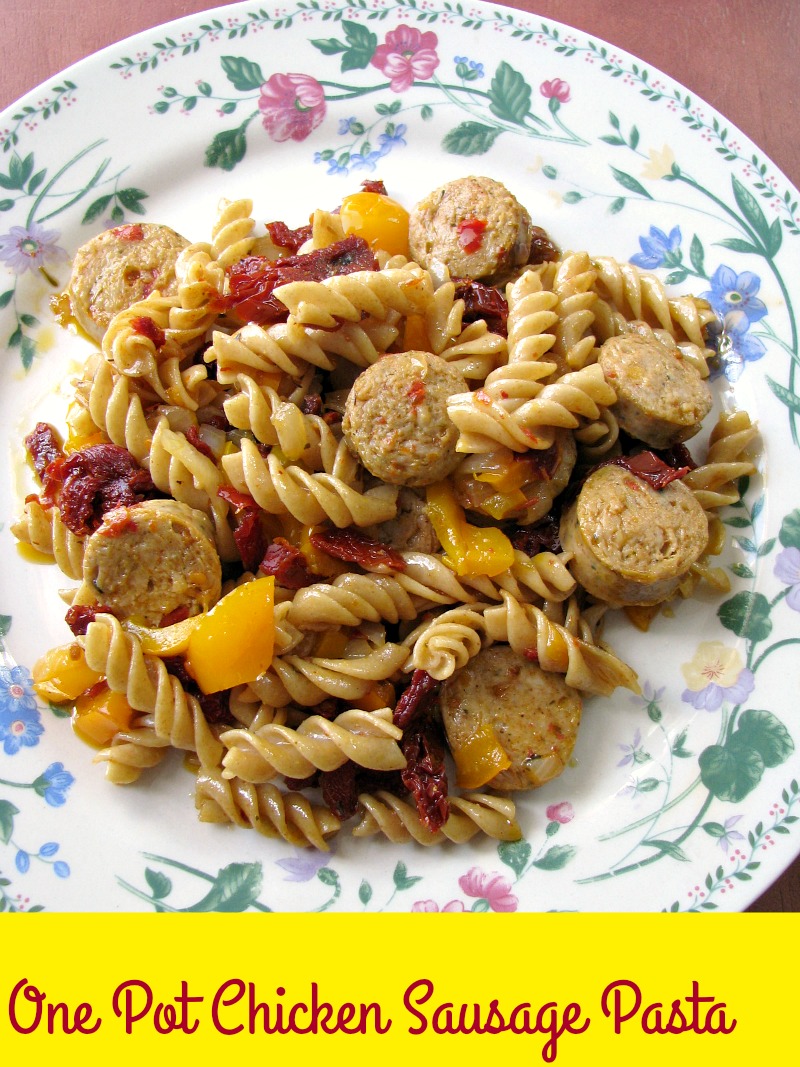 I used a cooked chicken sausage with red peppers and Asiago cheese, but probably any kind would be great in your One Pot Chicken Sausage Pasta. I also used leftover pasta, so this was really quick to make. I loved the sun dried tomatoes in this dish, and I used an orange bell pepper because that's what I had. You can easily changed this dish up to suit your tastes, but I have to admit I really think the sun dried tomatoes made this perfect, so don't leave them out, okay? 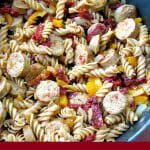