Creamy, homemade Pumpkin Soup, made with fresh pumpkin simmered in chicken broth, then pureed, is the perfect starter for Thanksgiving dinner. 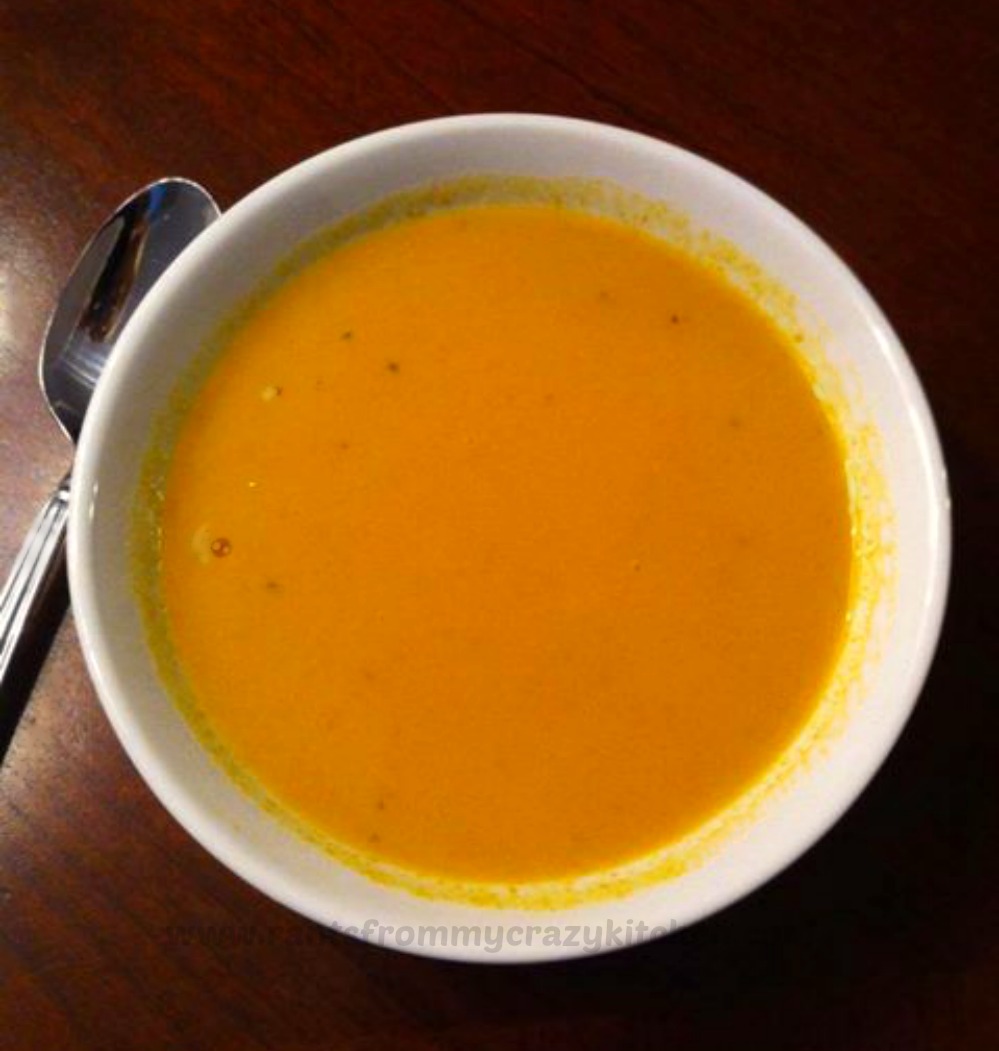 I don't like Fall. There I said it. While people all over are thrilled that it's fall, I can't stand it. Mostly it's because I don't like cooler weather. I could seriously live where it's almost 90 all year-long, except at Christmas because that's just weird in my opinion. I don't care for Halloween, or falling leaves, or the idea that after Fall comes winter.

I do however love some foods that are generally associated with Fall, like this Pumpkin Soup. I love chili, chicken soup, and beef stew....but I don't like Pumpkin pie. I never have and until maybe 6 years ago that was the only way I ever had pumpkin. Well, guess what? It turns out that it's not pumpkin I don't like, but pumpkin pie spice and some other spices used with pumpkin.

My husband and I got married in 2004, and for our honeymoon went on a Carnival cruise to the Caribbean. Let me tell you, cruise ships serve great food! In the restaurant on the top deck of the ship is where I first had Pumpkin Soup. It was fabulous, creamy and full of flavor, with none of the spices I don't like.

All of the cruise food was so good I bought the Carnival Cruises Cookbook, which contains their recipe for Pumpkin Soup. The biggest difference between their version and mine is I use fresh cubed pumpkin instead of pumpkin puree. They also call their's West Indian pumpkin soup, though I'm not sure what makes it West Indian.

Yes and no with this version. It's full of vitamin A with more than a days worth in one serving, and a decent amount of vitamin C.  It is a bit high in saturated fat and sodium, but since we only have it a few times a year and it's usually at the holidays, I don't worry about it.

If you want to make vegetarian pumpkin soup, use a non-tomato based vegetable broth instead of chicken stock in this naturally gluten free pumpkin soup recipe ( gluten free as long as you use homemade or Kitchen Basics chicken stock). I haven't tried to make a dairy-free version.

I have made this soup every year for Thanksgiving since, and some years Christmas too! Last year the stores stopped carrying pumpkins earlier than the past few years, and I was heartbroken. I wanted to make it for Christmas! I have since vowed to buy way more pumpkins than I need at once, then freeze the sliced cubes. I also want to experiment with other pumpkin recipes this Fall and Winter.

Since I posted this recipe in the Fall of 2012, I have shared many pumpkin recipes. Here are just a few: 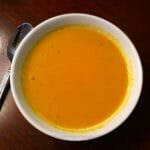