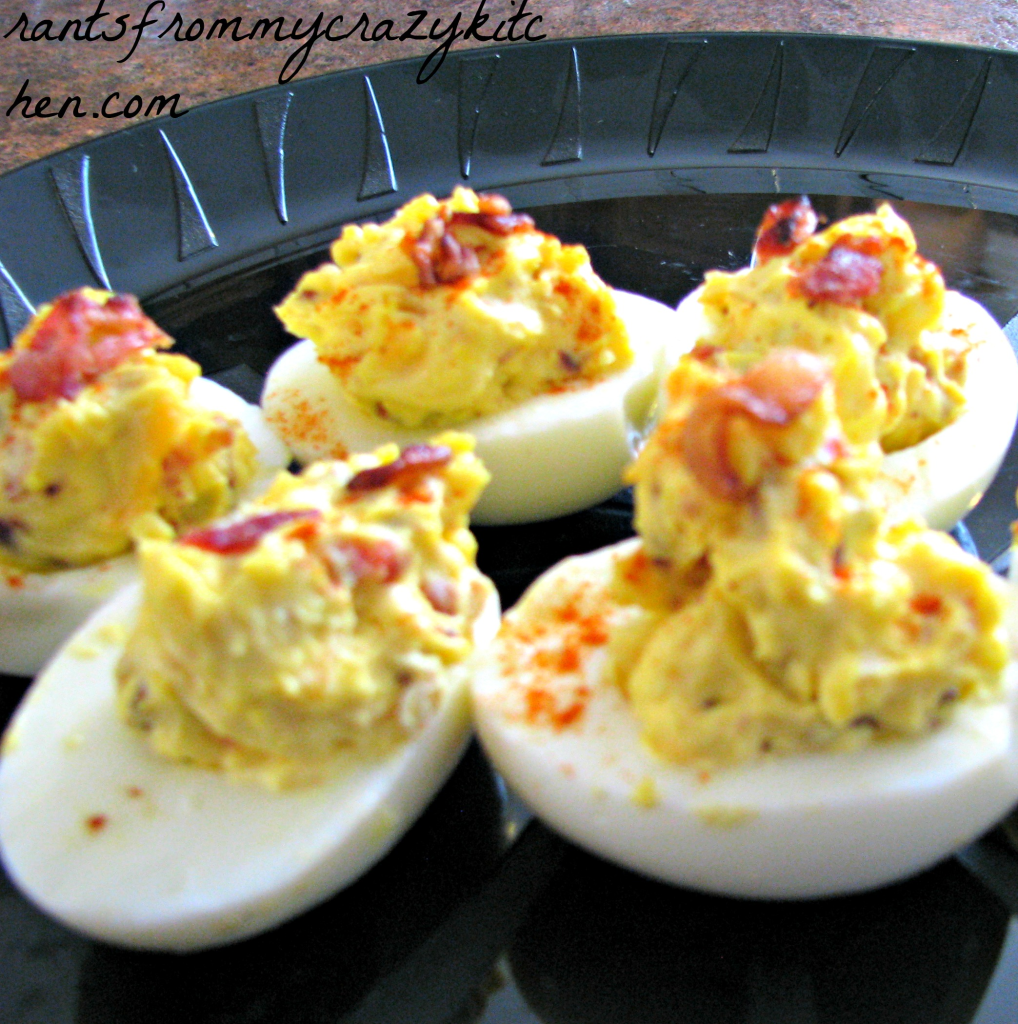 For my weekly Facebook food party last week I asked which theme my readers would like to see, Mexican or Bacon. The response was overwhelmingly in support of Bacon! I mean, I completely understand, who doesn't love  bacon? If you don't, you can just ignore this post 🙂 But with such a great response to the party, I know most people do love it! Are you ready for tons of recipes, including Bacon Jam, Bacon Wrapped Jalapeno Poppers, Bacon Wrapped Pork Tenderloin, and much, much more?!  Here we go!

The Best Egg I Ever Ate

Baked Eggs In A Hole WIth Bacon

Bacon Cheddar Deviled Eggs (my recipe, and the photo above 🙂 )

BLT in a Cherry Tomato

Bacon Burger Stuffed Peppers (I made these a few days later, and will be reviewing them on my next post :))

Leek and Potato Soup with Serrano Ham and Carmelized Onions

Orzo With Spinach, Mushrooms and Bacon